TENSION CONTROL - the 2016 in Germany founded project impresses with fat analogue synthesizers. Marching direction is EBM of the old school. DAF, Die Krupps and Nitzer Ebb send their regards! All composings, sounds and (German and English) lyrics were made by Michael Schrader, who is based in Hamburg since 2018, is also the singer of TENSION CONTROL.


In 2018 the band went on the Machinists United Tour across Europe with FRONTLINE ASSEMBLY and DIE KRUPPS. Around this great event some support shows took place. For example DAF in Hamburg and APOPTYGMA BERZERK in Oberhausen.


Next to other small festivals TENSION CONTROL opened the Sunday of the most important event in Europe - the FAMILIENTREFFEN.


Ton aus Strom, the 3rd studio album came out in November 2021. It's more powerfull and angrier than the predecessors. It has been written and produced under the impression of the Corona pandemic and the impressive failures of governments and authorities.


2022 ist the year for a reunification! Under the flag Machinists Reunited TENSION CONTROL will be again on the roads accross Europe with FRONTLINE ASSEMBLY and DIE KRUPPS. 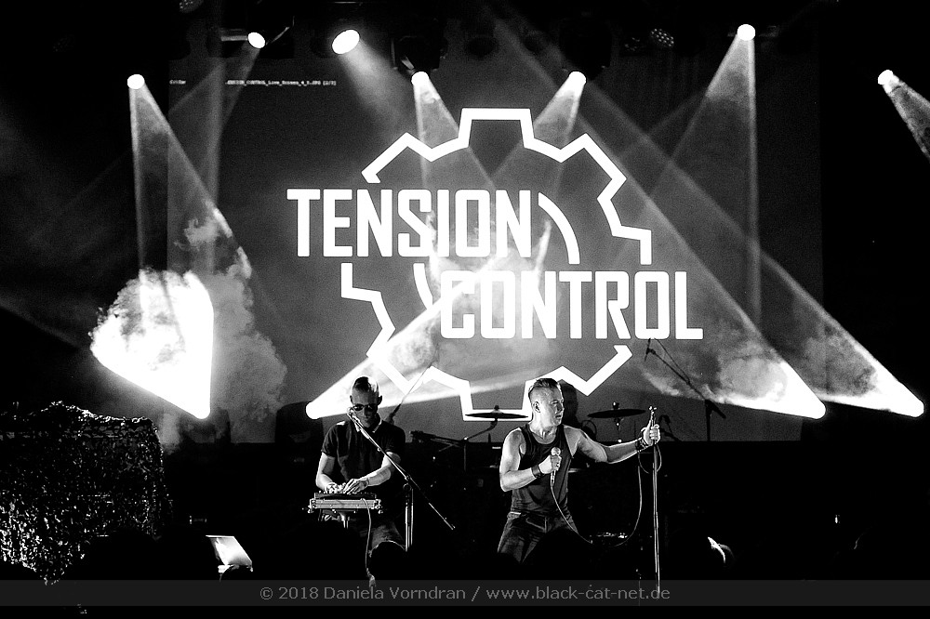 Please send booking requests via mail to the adress at the bottom of this page. Many thanks in advance!

All records can be found on Bandcamp.com or all common streaming platforms. Albums were released physically on CD.
https://tensioncontrol.bandcamp.com/merch